Building a movement of teacher leaders who can reimagine their classroom.

There is a vast, almost un-measurable gap between education and learning in the government school system of our country. And this is the network that serves over 113 million* students annually. Applying their education towards a better life is an immense and often unconquerable challenge for the youth from the underserved sections of our society. There also exists a deep-rooted illusion that learning to read and write will almost magically launch you into a premium social position. Which when not fulfilled makes for an unhappy, unmotivated youth for whom education is meaningless. And so, the will and wish to pursue or even complete school is on the decline. As a consequence, there is a measurable drop in self-worth, which brings with it more serious repercussions. Firstly, it creates a huge mass of children who begin life with the unfortunate assumption that their life path is unalterable and alternate dreams have no place in that predestined future. For those who have strived in the system and still found their education inadequate, the disappointment is much greater. The fruits of their education are not as imagined and the opportunities promised to remain out of reach. In more extreme evaluations this lack of self-worth reveals itself in the form of higher suicide rates among the youth. It is also one of the underlying causes of antisocial, anti-civic behaviour that rapidly translates into a higher crime rates.

There is a vast, almost un-measurable gap between education and learning in the government school system of our country. And this is the network that serves over 113 million* students annually.

1. Education as a strategic investment in shaping responsible and responsive citizens who comprehend and appreciate the intertwined nature of action and reality, is severely impacted.

2. Lacking access to progressive teaching methodologies and mentors to guide them, the student’s notion of self and education is restrictive and limiting.

3. The ASER reports for the past decade, tell an abysmal story of students lagging on every learning indicator

With children not at grade level competency, the system confines education within the narrow scope of the 3 R’s. 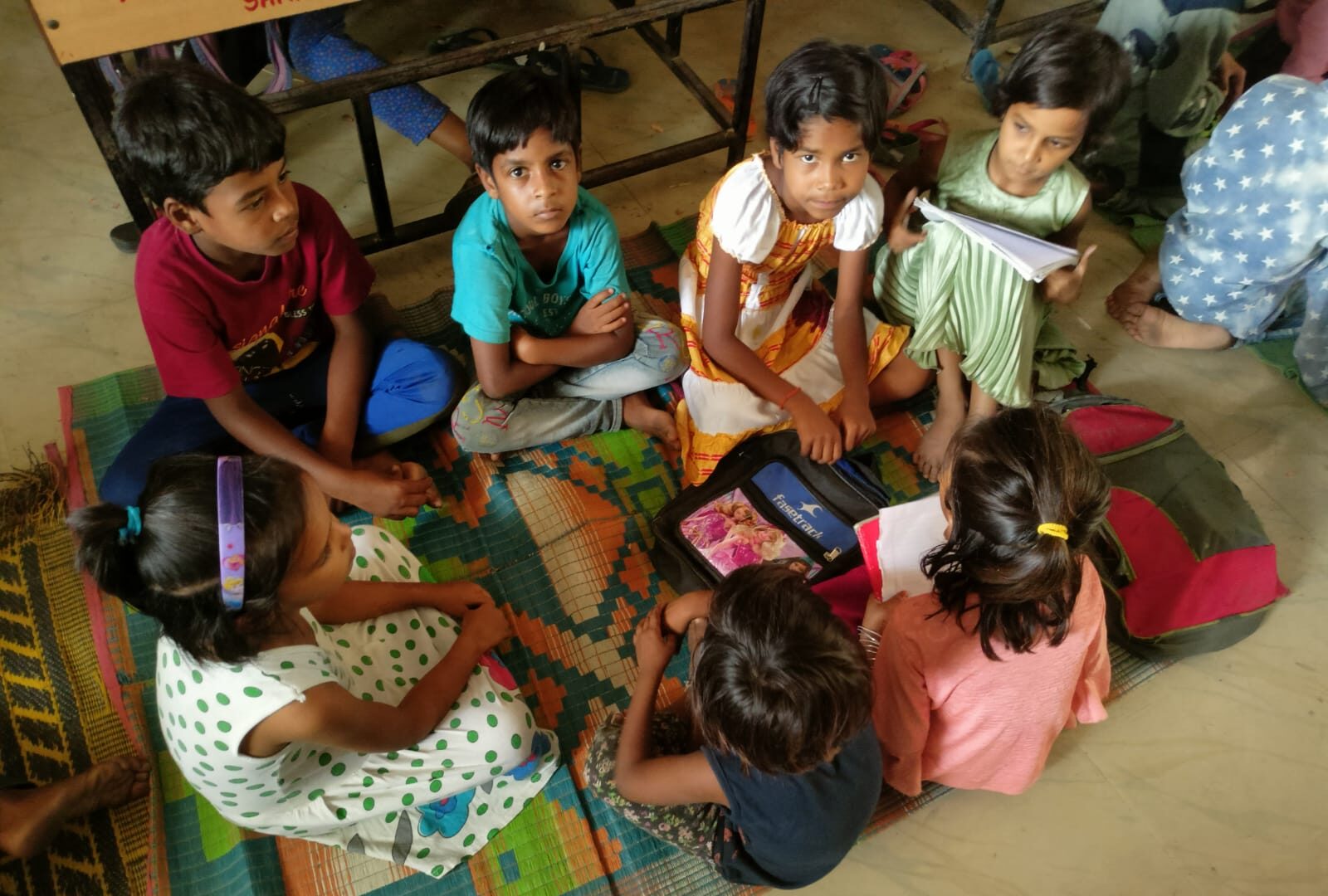 What Needs to Happen

There is an urgent need to redress this.

1. Literacy alone cannot translate into better opportunities and so we must apply the process of school education towards bolstering life-skills and re-thinking perceptions.

2. We need to awaken within our children the power of their own potential to enhance their life, income and role and participation in society.

3. We strongly believe that education can be a way to build life to life bonds amongst communities and create value that expands hope amongst people. 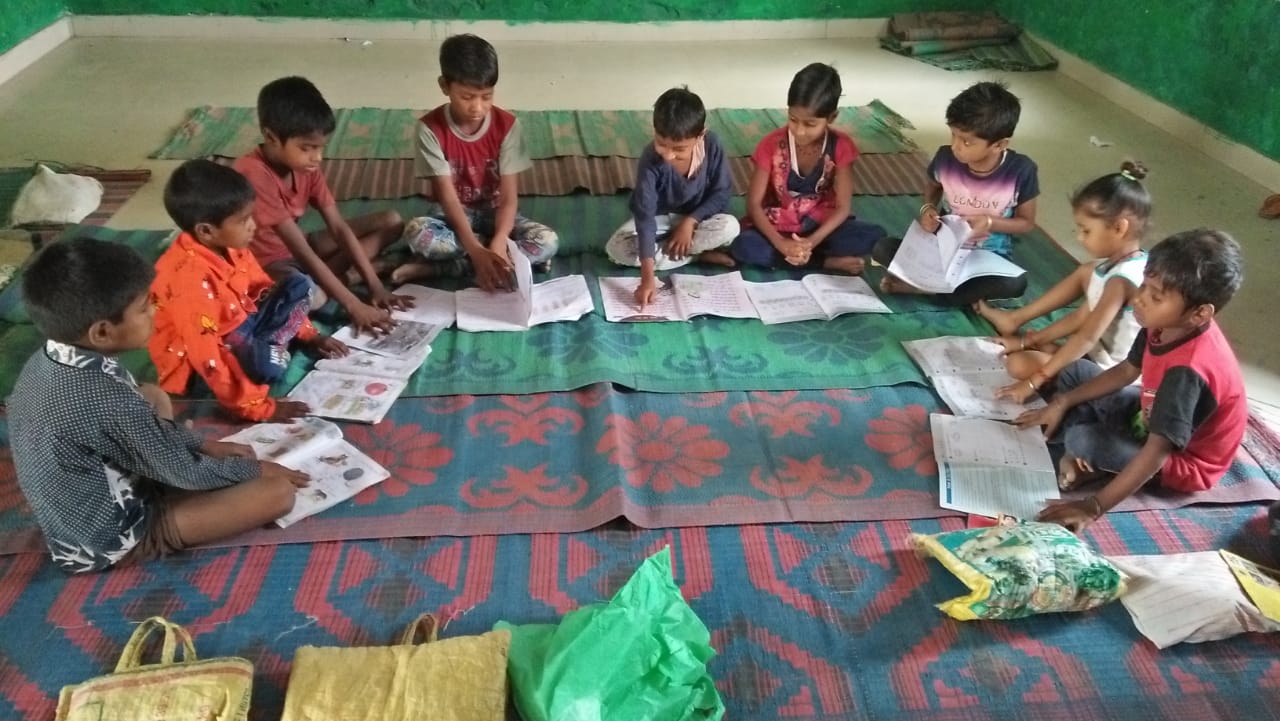 Our Story in Uttar Pradesh 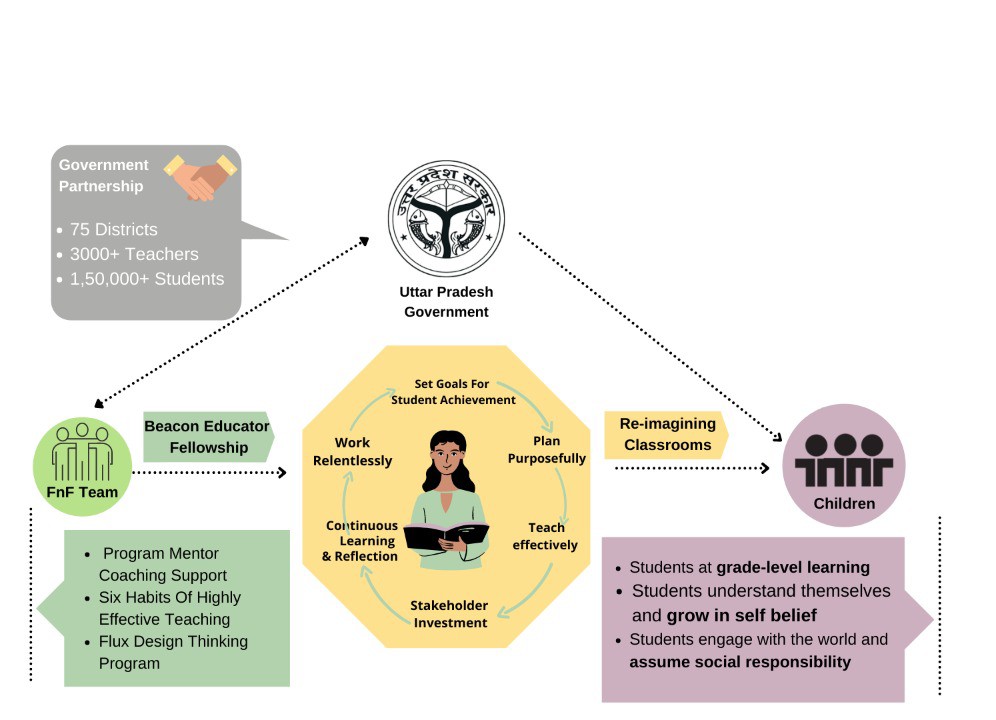 A Quest for Meaningful Education

For us, meaningful education is one that awakens in each child the self-belief to achieve their potential, the courage to create opportunities for themselves, and the spirit to wholly participate in society. 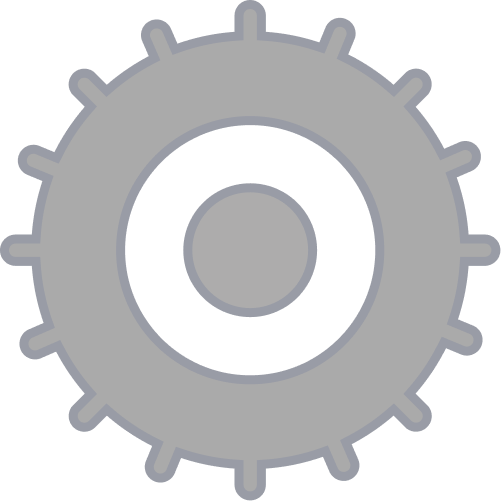 I'm looking forward to contributing to this noble mission.

It is very inspirational that there is so much good work going on the ground for a better tomorrow; and all through the efforts of our beacon teachers who are indeed moving from being a teacher to teacher leaders. I’m very excited to be a part of it and looking forward to contributing to this noble mission. So, that our Slogan ‘ Meri Kaksha, Mera Desh. Sarthak Shiksha Mera Uddeshya. ‘ spread more loudly and widely.

Collaboratively they all make education happen

Education is such hard work; it is like a recipe in which all the ingredients like teachers, parents, administrators, and most importantly children are all involved; collaboratively they all make education happen. In most cases when we talk about education we forget children but I like the way Foster and Forge continuously involve the children. They include every stakeholder in their journey and make education such collaborative work.

While working with Foster and Forge, I feel more energetic.

I feel more energetic and positive energy around me while working with Foster and Forge. It is true that sometimes we teachers get fed up and feel demotivated but then having a conversation with my program mentor I feel super confident and come back to the field with new energy. 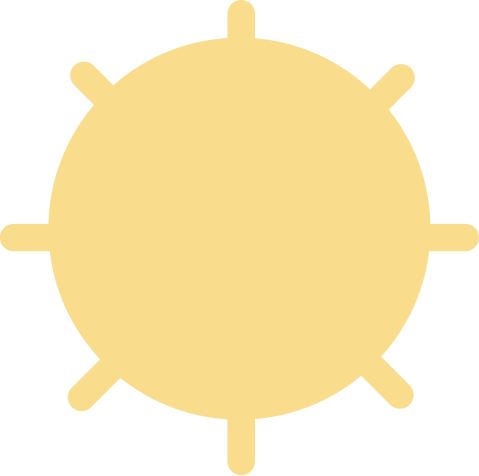 A small donation can go a long way to make education meaningful.

FNF in the Media 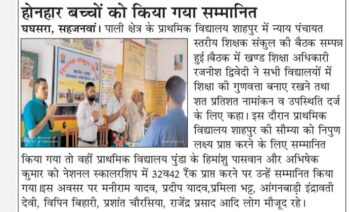 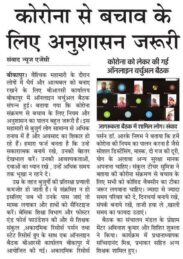 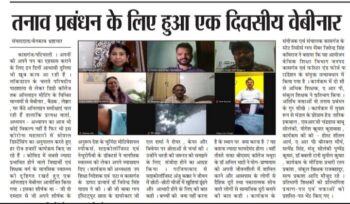 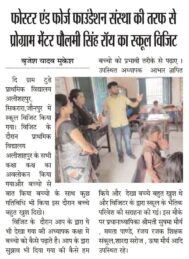 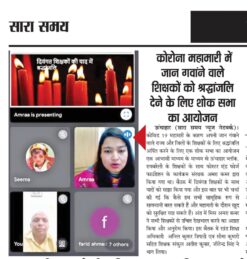